The Horne Scholarship was designated for a non-traditional student from Greater Fall River.  These students didn’t take the traditional path from high school to college.  They’ve overcome obstacles like incarceration, homelessness, gang violence and more and have achieved success.  These scholarships will help to relieve some of the financial burden of post-secondary education.

Desdarena Tew was nominated by SER-Jobs for the Horne Scholarship.  Desdarena was one of 7 children who moved between foster care and group homes throughout Massachusetts.  She enrolled in the Youth Education for Employment Program at SER-Jobs, completed the program in 3 months, and had the highest overall score in the entire state for 2018-2019 on her exams.  While completing the YEEP program, she found a job and housing and battled PTSD.  She is starting college this fall at BCC.  Congratulations, Desdarena.

Dara K. Say was nominated by Greater Fall River RE-CREATION for the Horne Scholarship.  Dara was a student at Resiliency Preparatory Academy when he entered the Youth Outreach Program at REC.  He was failing most of his classes due to truancy and was pressured by his brothers to engage in gang life and drug culture.  At 18, Dara was arrested and encarerated for possession of marijuana.  He was determined, however, to never go back to prison and began in RE-CREATIONs’ HiSET program and got a job.  He is currently enrolled in an automotive service technician course at MTTI while he works full time.  Congratulations, Dara.

Shonna Fuentes was nominated by SER-Jobs for the Horne Scholarships.  Shonna is a single mom with a two year old son.  When she was younger, Shonna’s family moved around due to unstable housing and she dropped out of school due to too many absences.  Despite the fact that Shonna moved around the state in search of housing, she enrolled in HiSET courses and continued studying, moving to Fall River for more access to housing and programs. Shonna never stopped studying, not wanting to fall behind or lose what she had learned.  In January 2019, she completed her HiSET program and will be enrolling in BCC, hopefully for accounting or another math-related career.  Congratulations, Shonna.

We are grateful to be able to provide scholarships to these hardworking young people.  Part of the mission of United Way is to provide access to education and financial stability for people worldwide.  Through education, Desdarena, Dara, and Shonna are looking forward to bright futures for themselves and their families. 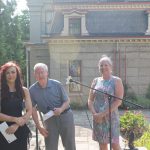 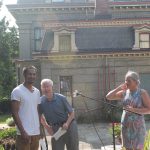 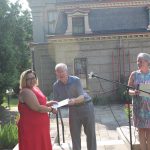